Doncaster Outsiders are back!

What a strange year the last one has been, a time of great change in all our lives.

After some careful planning to keep everyone safe we had worked out some leg-stretchers to get everyone warmed up again. For this walk members chose the length of walk that would suit them. The weather was on our side and the sun warmed our winter-weathered faces. It felt so good to be back.

My group of 6 started at Dunsville Post Office. We emerged onto Quarry Park, well-known and loved by locals for its multitude of paths and variety of environments. Banks of bright yellow gorse and budding cowslips cheered us on our way. We then plunged into a cool wood of silver birch, scots pine and sweet chestnut. On the other side we passed fluffy clouds of white flowers hiding cruel spiky blackthorn. We continued on a long straight lane towards Barnby Dun with open views across the surrounding countryside. Behind us, other groups weaved their own route across the park – up on the bank, down into the dip, beneath boughs of oak or through avenues of wild damson.

Meanwhile, Groups B and C had started at Barnby Dun. All routes were circular but all slightly different. 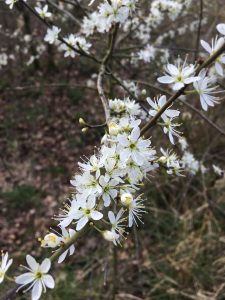 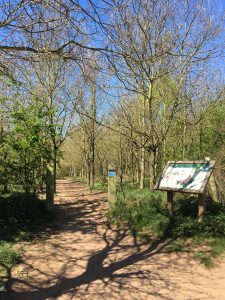 At Barnby Dun Church we encountered Len’s group. They were on the other side of the road going the other way. We waved and shouted greetings. We continued, picking up a very pleasant path by the River Dun Navigation with its colourful barges and wildlife. The Navigation branched into the New Junction and the Stainforth And Keadby Canal. For a few yards we followed the Stainforth And Keadby branch. At Kirk Bramwith Lock we crossed to the other side and looped round to the Don Aqueduct. The Don Aqueduct is an impressive structure, which carries the New Junction over the River Don. In times of need, it’s mighty guillotine gates prevent the River Don from flooding the canal and the surrounding area. We paused for a quick coffee, while watching water gush from the aqueduct to the river below.

As we set off again, we met Bev R.’s group. They had visited a delightful little church, St Oswald’s in Kirk Sandhall. The building dates from the 11th and 12th Century and looks very much as it did then. We said goodbye, then followed the meandering course of the River Don through a watery wander-land back to Barnby Dun. Here we saw Michelle’s group on the other side and walking in the opposite direction.

Again we took a route by the canal finally reaching Glass Park in Kirk Sandhall. Glass Park as the name suggests, was donated by Pilkington Glass to local people. It is a small hillock created from a landfill for glass. To make the area safe, a protective covering had to be installed. The whole area was then seeded with native wildflowers. It made a very pleasant stop for our second break. With a nod to the apple-lined path that lead to St Oswald’s Church, we departed in the other direction back towards Barnby Dun via by Prescott Bridge.

We decided not to stop at the Little Parks Farm Shop. That was just as well because Phil’s group had got there first. In addition to a wonderful selection of fresh local produce the farm shop has a cafe with scrumptious sausage rolls or vanilla slices. From here it was very straight forward. We retraced our steps along Hatfield Lane and back to Quarry Park. Some of us went straight back to our cars, while others carried on to The Hatfield Chase for refreshments.

A big thank you to all our bubble leaders who made this possible: Ash, Bev J., Bev R., Len, Michelle, Phil and Viv.

Our next walk is local, around Amazon Lakes on Sunday May 16th. It is a fabulous walk. If you would like to join us please get in touch with Phil for more details, mobile 07783953212 or Email doncaster.outsiders@live.co.uk. 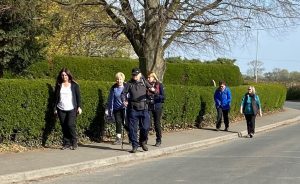 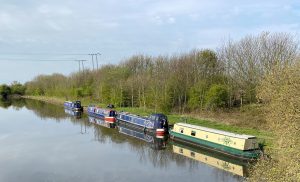 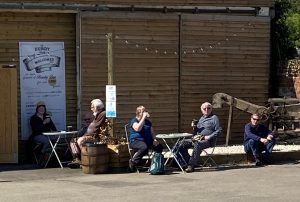 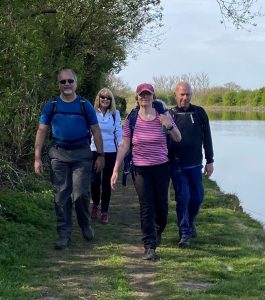 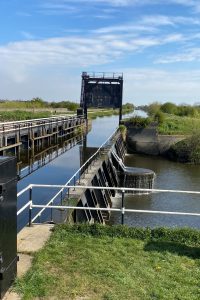 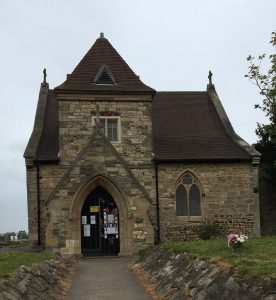 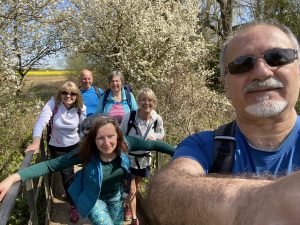 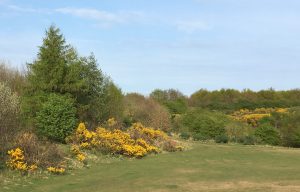